You Are Here: Home // Events // Satellite applications: benefits for the Baltics // Summary and conclusions

The event brought together SMEs, administrations and policy-makers from the Baltic States.

They discussed ways to increase the use of satellite resources in the region, in particular Copernicus and Galileo/EGNOS, the two satellite infrastructure programmes funded by the EU. Copernicus provides free data about environment and security. Galileo, Europe's own satellite navigation system, is under development. EGNOS supplements navigation systems by increasing the reliability and accuracy of positioning signals. 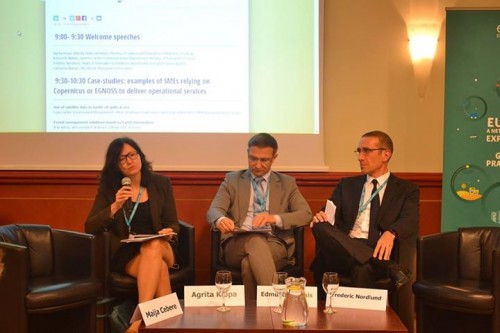 Ms Agrita Kiopa, Deputy State Secretary at the Latvian Ministry of Education and Science opened the workshop. Following Latvia’s recent accession to the European Space Agency (ESA) and the signing of the first four agreements on ESA and Latvian space industry projects, she said, this is the right time for Latvia to focus on the use of satellite resources. Ms Kiopa stressed that Latvia's work on smart specialisation and R&D tool development were new opportunities in support of this focus. She encouraged the Latvian space industry and IT companies to take an active role.

Companies from Latvia and Estonia showed that the region has the expertise and business skills to tranform these resources into innovative solutions. Final users from public administrations already benefit from them.

For instance, the Latvian Coast Guard uses CleanSeaNet, a satellite-based service that detects marine spills from ships. The alert enables the Coast Guard to check the source of the spill and pursue the offender. 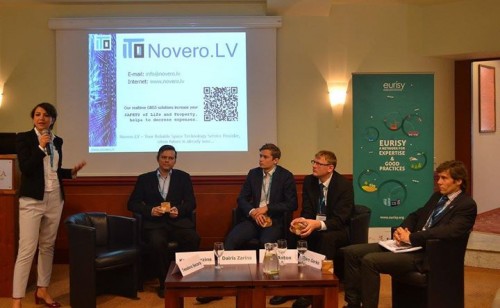 Another example was presented by REGIO, an Estonian company. The solution relies on satellite data from Sentinel 1a, the first Copernicus satellite launched so far. It enables foresters to update registry data, to evaluate the worth of the forest, to monitor illegal loggings, storm damage, pest damage and others.

Among companies relying on navigation systems, the Latvian company MapOn developed two universal GPS tracking units for a fleet management solution that is currently distributed in 12 countries. Novero.lv is working on various telematic solutions compatible with both GPS and Galileo.

ESA and EC representatives then demonstrated how to access Copernicus data and use them in many different fields such as meteorology, sea and ocean water monitoring, risk, and many others.

It is expected that the demand for and reliance on satellite resources will only increase in the future. Although satellite data has been used on an experimental and (pre-)operational basis for more than 10 years, the market is not yet mature so there is space for innovation, including in the public sector.

The panel discussion showed that public authorities in Latvia are already familiar with some of the solutions derived from satellites: the Institute for Environmental Solutions works with regions and cities in Latvia; the Rural Support Service uses land maps for agriculture subsidy management; the Latvian State Forests are working with some satellite-derived forest parametres. 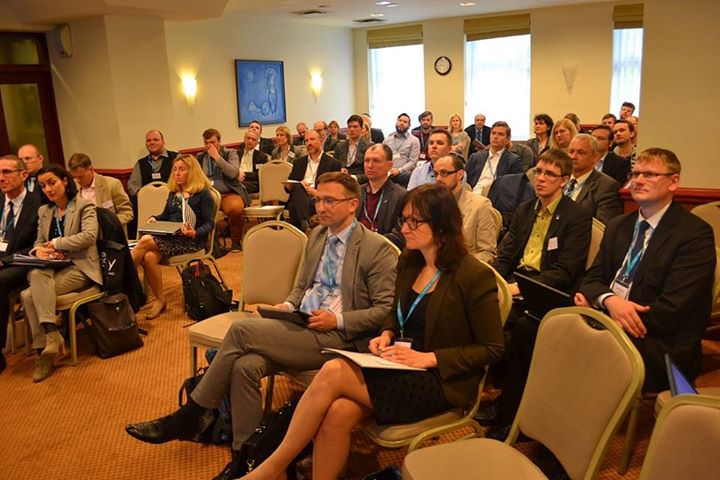 To increase the use of such resource among public authorities and develop local demand speakers suggested that greater coordination among users would help avoid duplication: for instance, if a data set is purchased and used by one authority, more should be done to ensure that others who can use the same data are fully aware of what is available and that they exploite it fully. Common tools, such as online platforms, can ensure this exchange is more efficient across administrations.

In terms of enabling companies to leverage satellite resources and produce value-added services, panelists suggested that a "Baltic" collaborative ground segment, that is, a regional database for Copernicus data would make it easier for SMEs to access relevant data and would save public money by mutualising the infrastructure.

Ms Maija Cēbere, Head of the Latvian Space Technology and Services cluster concluded that it is not possible to distinguish where the use of space resources begins in our daily lives, as they are used more extensively every day. 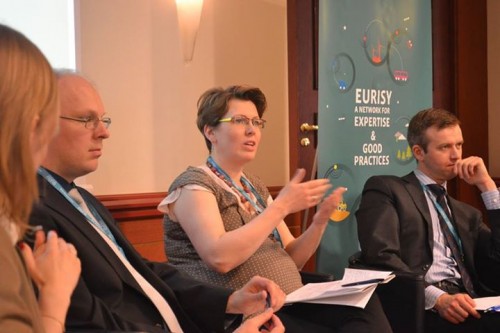 Ms Cēbere also noted that a substantial and fast development of space industry is not possible unless governments expressly acknowledge that the Baltic States actually have a space industry. Governments should in particular recognise that most IT companies are also potentially part of the space value-adding chain.

Thus the "space" concept should be used in policy planning documents with a view to expand the range of its benefits and beneficiaries. This would help government communicate to the general public that space investments have a great potential to boost growth and jobs in the region.

The seminar was organised by Ventspils High Technology Park Foundation - the Latvian Space Technology and Services Cluster Coordinator, in collaboration with Eurisy - a European association of space agencies with more than 25 years of experience bridging space and society.