Why do cities matter?

In Europe 72% of people live in cities, and this percentage is expected to rise to 80% by 2050. Globally, 50% of the world’s population lives in urban areas.

Cities are the powerhouses of economic growth, innovation and employment. 85% of the EU Gross Domestic Product originates from cities, and local governments alone are responsible for 44% of public investments in the EU-28 [1]. The concentration of people is functional to economic growth and increasing human capital. Cities offer more jobs, better wages and intense cultural exchanges.

Nevertheless, growing urban agglomerations also generate challenges in terms of physical and administrative infrastructures, environmental sustainability, social inclusion, and health. Indeed, in Europe cities use 80% of the produced energy [2]. In 2015, European capital cities generated between 270 kg (Dublin) up to 666 kg of waste per capita (Luxembourg), with the average at 445 kg [3]. Globally, cities are responsible for 70% of greenhouse gas emissions [4]. Furthermore, cities risk becoming “inequality traps” [5]. The Gini coefficient ― measuring inequality on a scale of zero to one ― shows a higher level of inequalities in cities than on the national average. Indeed, also major European cities have experienced an increase in spatial segregation during the last decade, with growing dissimilarities in levels of income, employment status or educational attainment [6].

To address the challenges of urbanisation, it is today necessary to develop new integral approaches to city management, leading to sustainable urbanisation. A city is sustainable when decisions are taken by considering their effects with a holistic approach, taking into account different areas, such as transport, health, environment, infrastructure and education, and their correlations.

Why a focus on cities? 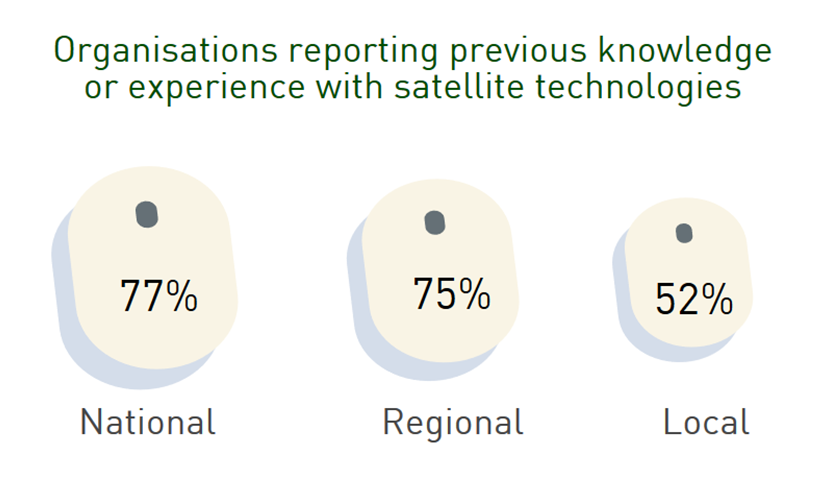 Considering previous knowledge of satellite applications, it seems that public managers at the local level have been less prepared to use these tools than their colleagues at the national and regional levels. 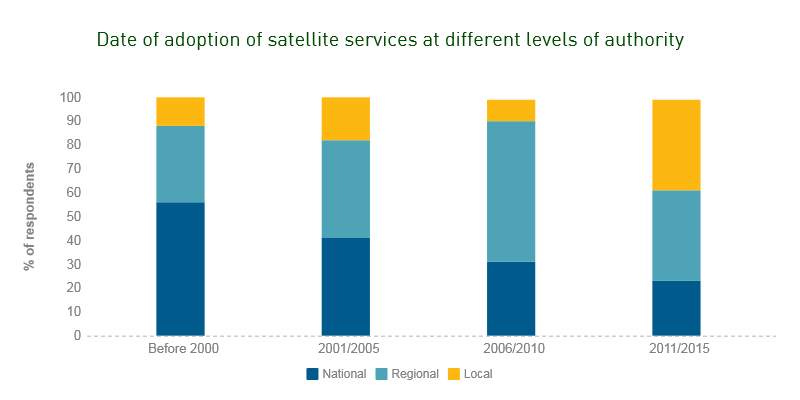 Indeed, responses show that national administrations have been using satellite-based services before regional and local authorities, although this trend has decreased over time. 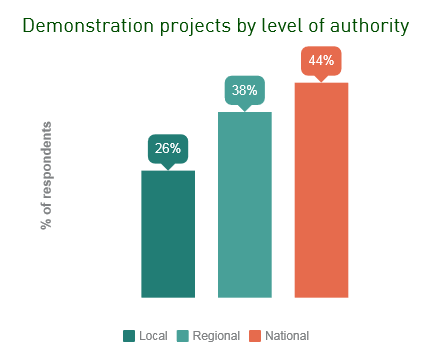 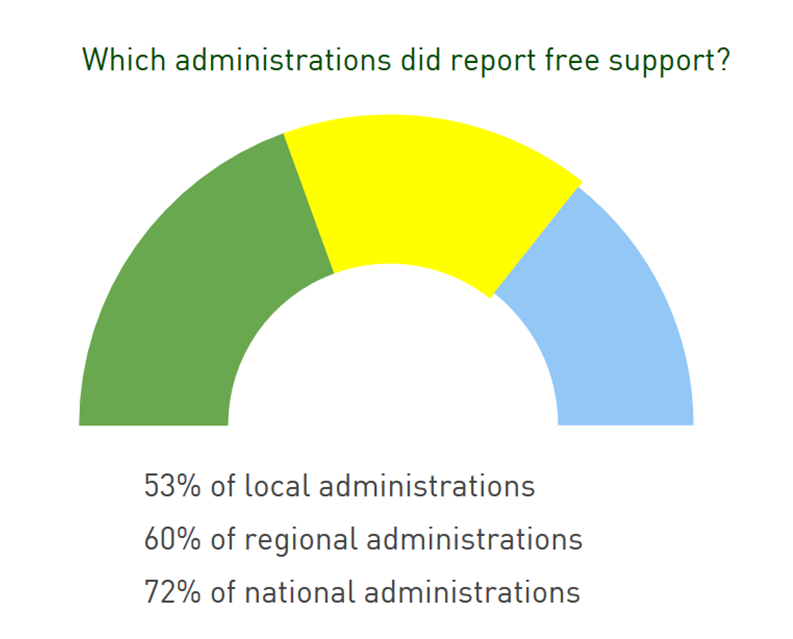 Finally, respondent local authorities declared to have had less access to data or expertise free of charge to implement and operate satellite-based services than regional and national authorities.

Sustainable cities on the global and European agendas

The importance of promoting sustainable cities has been widely recognised and placed on the global development agenda. Among the United Nations Sustainable Development Goals for 2030, Goal 11 aims at making cities “inclusive, safe, resilient and sustainable”.

Europe 2020, the EU's growth strategy for the current decade, calls for the development of a more competitive economy based on innovation and on social and territorial cohesion. In 2016, the Pact of Amsterdam established the foundation to implement the Urban Agenda for Europe, aiming at ensuring maximum utilisation of the growth potential of cities and to successfully tackle social challenges. This Pact is the last outcome of a series of informal ministerial meetings aimed at strengthening urban development and territorial cohesion in Europe. During the first of such meetings (2007, Germany), 27 European Ministers in charge of urban planning and urban development adopted the Leipzig Charter on Sustainable European Cities [7], containing strategies and principles for sustainable urban development.

Innovation is crucial to ensure sustainable urban development. The importance of innovation, and of ICTs in particular, to enhance sustainable development has been clearly stressed in the Digital Agenda for Europe (2010) and in the European Cohesion Policy 2014 – 2020.

To make sure that European cities and regions make the most of available ICTs, the EU launched in 2011 the Smart Cities and Communities Initiative, which set the scene for the current European Innovation Partnership on Smart Cities and Communities (EIP-SCC). The partnership brings together cities, industry and citizens to improve urban life through more sustainable integrated solutions.

Cities themselves have also taken a pro-active role and launched the Green Digital Charter in 2009. The cities signing up to the Charter committed to reduce their carbon footprint and to implement ICT solutions to increase energy efficiency.

The theme of Sustainable Cities is also included in Horizon2020, the financial instrument implementing the Innovation Union, the Europe 2020 flagship initiative aimed at securing Europe's global competitiveness. The Horizon2020 working programme for 2016-2017 offers funding to projects aiming at “bringing together cities, industry and citizens to demonstrate solutions and business models that can be scaled up and replicated, and that lead to measurable benefits in energy and resource efficiency, new markets and new jobs. The scope will include the creation of urban spaces powered by secure, affordable and clean energy, smart electro-mobility, smart tools and services, innovative nature-based solutions and showcasing economic viability” [8].

The EU’s green capital programme is based on an assessment of cities covering aspects such as green urban spaces, biodiversity and how cities deal with the challenges of air pollution, waste and noise, among others. The award is assigned each year to a city which leads the way in environmentally-friendly urban living and which can thus act as a role model to inspire others [9].