You Are Here: Home // From space to society. And back. // User uptake // The grass isn’t always greener on the other side: the case for a functional regional market for satellite applications in the Alpine region

The grass isn’t always greener on the other side: the case for a functional regional market for satellite applications in the Alpine region

Each skiing season, discerning winter sports lovers flock to Zugspitze – Germany’s highest ski resort, located in the Wetterstein range of the Northern Limestone Alps. Germany’s border with Austria runs right across the mountain. With the introduction of the Schengen Agreement, guarding it became redundant. However, the administrative division naturally persists: in Germany, the Grainau municipality is responsible for the Bavarian side; in Austria, the Ehrwald municipality takes care of the Tyrolean side.

In this setting, skiers cannot (reliably) count on a German rescue app to alert the closest rescue services in Austria, should they have the misfortune of an accident on the wrong side of the mountain.

Why is this of interest? Because it presents the potential for a win-win situation. Or even a win-win-win situation: for skiers, for public administrations, and for regional private companies. One of the ideas recently discussed in the Eurisy conference in Berchtesgaden was that aggregating demand, introducing standards, and coordinating procurement would benefit all these stakeholders as well as the regional economy.

In the Zugspitze example, a solution that would enable an app to alert the closest rescue team in either country would benefit tourists, offering them better protection. It would benefit rescue associations on each side of the border, as they would share responsibilities and thus help each other. They could spend less by pooling resources to procure the best tools, i.e. the most effective, reliable solutions, the most compatible with existing systems, and so on. Private providers of such applications would also benefit, since the market would reach a critical mass, tenders and requirements for the common solutions would be easier to understand, budgets more stable in the mid- and long-term, and the service for the final clients more reliable. Finally, the local IT and tourism sectors would also benefit. 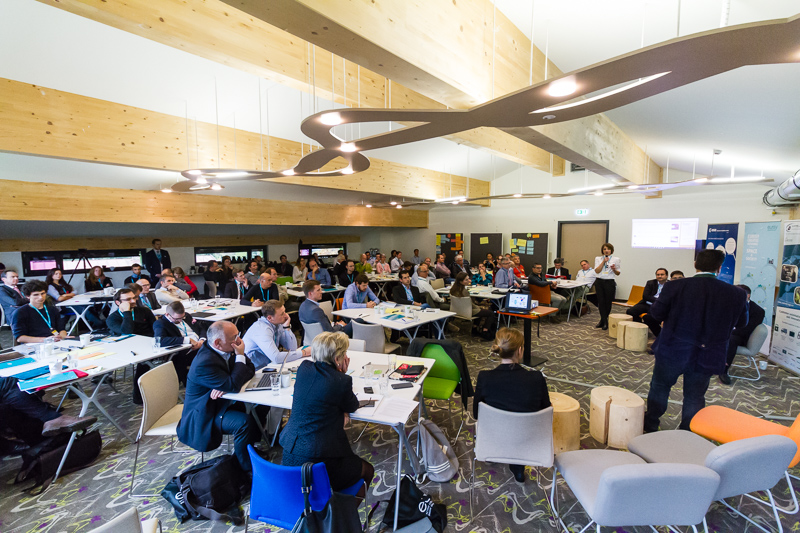 While this virtuous circle may sound obvious on paper, it is less so in practice. Various obstacles, not least of all the absence of common standards, the little or non-existent collaboration of organisations across the borders, and the one-off nature of innovation-trialling by end-users through project funding (which limits long-term business case studies for companies) make it harder said than done. (Download the full account of such obstacles, as described by the local stakeholders in Berchtesgaden, here.)

But should such an approach – i.e. aggregating demand, thinking of common needs and common standards – be discounted just because it is hard?

Many companies are giving up, or at least looking elsewhere. Whether specialising in satnav, satcom, or EO, more and more of them prefer to look overseas: the markets are bigger, more homogenous; technology penetration is perhaps not as high yet as it is in Europe. That is great news: we all want European companies to succeed, whether here or abroad. But neglecting European regional markets would be wasted opportunity.

Seizing this opportunity would instead require a more deliberate attempt from all involved.