You Are Here: Home // From space to society. And back. // Governance // Eurisy Members’ Day 2018 in Rabat Highlights 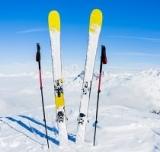 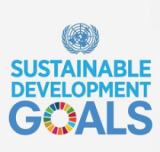 It is that time of the year again - the time for Eurisy Members’ Day!

Every year Eurisy Members gather for a full day to learn more about what Eurisy achieved during the year and to discuss future activities. The Members’ Day represents also an opportunity for the members to network and exchange views on space applications and initiatives around Europe.

While in the past we usually welcomed our members at our headquarters in Paris, this year we decided to do something different and provide our members with the opportunity to host this annual event. This opportunity was taken by the Moroccan Centre Royal de Télédétection Spatiale (CRTS) which welcomed the team and member representatives on 7 December in the charming city of Rabat.

CTRS is one of the two Moroccan institutions working in the space field. Its mandate is to develop applications of remote sensing and related technologies to make them operational for institutional actors in different fields, such as the management of agricultural production, natural resources, security, land management, environment, capacity building and disaster management. The projects and activities supported by the Centre put end-users at the forefront. In particular, CRTS aims at promoting and integrating Earth Observation technologies to enable Morocco to use and exploit satellite data and applications, favouring the relations between final users and decision makers. Beside the technical activities, the Centre works actively to raise awareness of space, providing training courses to enlarge the users’ community and enhance national and regional capabilities.

International cooperation is a fundamental element of the Moroccan space strategy and of the CRTS’s activities. This is demonstrated by the active participation of the Centre in international fora, such as the United Nations Committee for the Peaceful Uses of Outer Space (COPUOS), the International Astronautical Federation (IAF), and Eurisy. CRTS has also put in place bilateral agreements with the French Centre National des Etudes Spatial (CNES), the European Space Agency (ESA) and NASA. As examples of this collaboration, CRTS with CNES and IAF are organising the IAF Global Conference on Space for Emerging Countries (GLEC), which will take place in Marrakesh next April.

In recent years, the involvement of Morocco in remote sensing brought the Country to develop its own satellites, the Mohammed VI-A and VI-B satellites, respectively launched in November 2017 and November 2018. Morocco plans to use these satellites for land mapping, natural disaster prevention and management, environmental monitoring and border surveillance.

The 2018 Members' Day was the perfect conclusion of a busy year for Eurisy. During 2018, we have been working on different projects. Our focus was mainly on the Space for Cities initiatives, enriched by two main conferences: Space4Ghentin Ghent (Belgium, 6 March 2018) and Space4Culture in Matera (Italy, 15-16 October 2018). Additional initiatives were carried on over the year, such as the Eurisy-CNES-NEREUS seminar Space4Toulouse: Exchanging experience in using satellite applications to build sustainable cities organised in the framework of the Toulouse Space Show. On the other side, Eurisy carried on the project Sat4Alps, attending the International Committee of Alpine Rescue Convention in Chamonix (France, 17-20 October), while continuing its engagement in the Satellites for Future Health. Eurisy, as CRTS, was also part of the H2020 Project Geo-Cradle, recently concluded. During the year, we strengthened and confirmed our involvement in activities organised by our members and partners, as demonstrated among the others by the ESA-Committee of the Regions (CoR) -Eurisy round table in Brussels last June on  Space for Sustainable Energy Management. Eurisy also contributed to several UNOOSA activities such as the UNISPACE+50 High Level Segment in June.

The Members’ Day also offers our community the opportunity to showcase their activities. This year our attention was captured by the presentation of James Foden, Malta Council for Science and Technology. Mr. Foden presented the activities developed under the Space Research Fund, which provides financial support for research, development and innovation in the downstream satellite EO sector. Examples include projects on Blue Economy and the conservation and sustainable use of maritime resources and support for the development of Smart Cities.

Thomas Bleeker, Netherlands Space Office (NSO), presented the Geodata for Agriculture and Water (G4AW) project, launched in 2013 by the Food Security Department of the Dutch Ministry of Foreign Affairs and NSO. It focuses on the use of space- based data in helping farmers in developing countries.

Apart from our Members, we had the pleasure to host two external guests: Ms. Alexia Tsouni, National Observatory Athens, and Mr. Stéphane Ourevitch, Copernicus Support Office. Ms. Tsouni gave an overview on the Geo-Cradle Project in which both Eurisy and CRTS played a relevant role in the development and outcome of the project over the last years. Now that the project has been concluded, Ms. Tsouni explained what the outcomes have been and the future steps. Stéphane Ourevitch gave a presentation on the EU EO programme, Copernicus.  He focused especially on the Copernicus International Strategy, talking about how countries outside of the EU may benefit from the programme, such as the programme GMES & Africa, now in the implementation phase.

Focus on the Euromed region

This year we dedicated half of the day to Moroccan users coordinated by CRTS. This had the scope of focussing our attention on applications available in the Euromed Region and showcase how space is starting to be integrated, for instance in the management of land, agriculture, sea, and water resources. The experiences presented by the governmental and regional offices of Morocco showed that space technologies are a relevant component of regional policies and confirmed at the same time, the existence of common interests between Moroccan user needs and Eurisy activities. This is evident especially if we consider the example of Mr. Ali Lahlou, Urban Agency of Casablanca, who presented how satellite images and data are relevant tools in the management of the city of Casablanca, which is in line with the Eurisy’s Space for Cities initiative.

While the focus on the region covered mostly operational applications in Morocco, a small parenthesis was dedicated to capacity building activities both in the Country and more broadly, in African French-speaking Countries. CRTS, as explained by Ms Amal Layachi (CRTS), is actively working in engaging with non-space actors, such as national, regional and local decision makers, with the aim of training experts in satellite data use. While at national level CRTS works constantly in promoting space technologies by raising awareness on the on the benefits of space for society and working on the democratisation of space to bring it closer to everyone. At a regional level, these efforts are reinforced by the African Regional Centre for Space Science and Technology Education (CRASTE-LF’s), an organisation affiliated to the UN, working with French-speaking Countries in the African region.

What do we expect in 2019? This is an open question for our Members. We will continue with developing the Space for Cities initiative, and in addition we will start looking at how satellite applications assist people in rural communities. We will have a lot of work promoting the use of satellite applications supporting emergency calls, and we will continue exploring how satellites can improve health services and bridge digital divides. Organising the Members’ Day outside Paris is a significant step to help Eurisy come closer to its Members, and we hope to repeat this next year. We thank CRTS very much for hosting the Members’ Day in 2018 and we look forward to visiting Morocco again, maybe as soon as April next year on the occasion of the IAF GLEC Conference in Marrakesh!